The Thinktank Planetarium Facebook Page was launched by Mario Di Maggio in September 2009 and managed by him until he left Thinktank in September 2013. Below is each year's complete screen-grab archive of posts; packed with engaging popular science and astronomy content, news of record-breaking visitor numbers and innovative Dome Club activity. This resource is also available via the International Planetarium Society website. 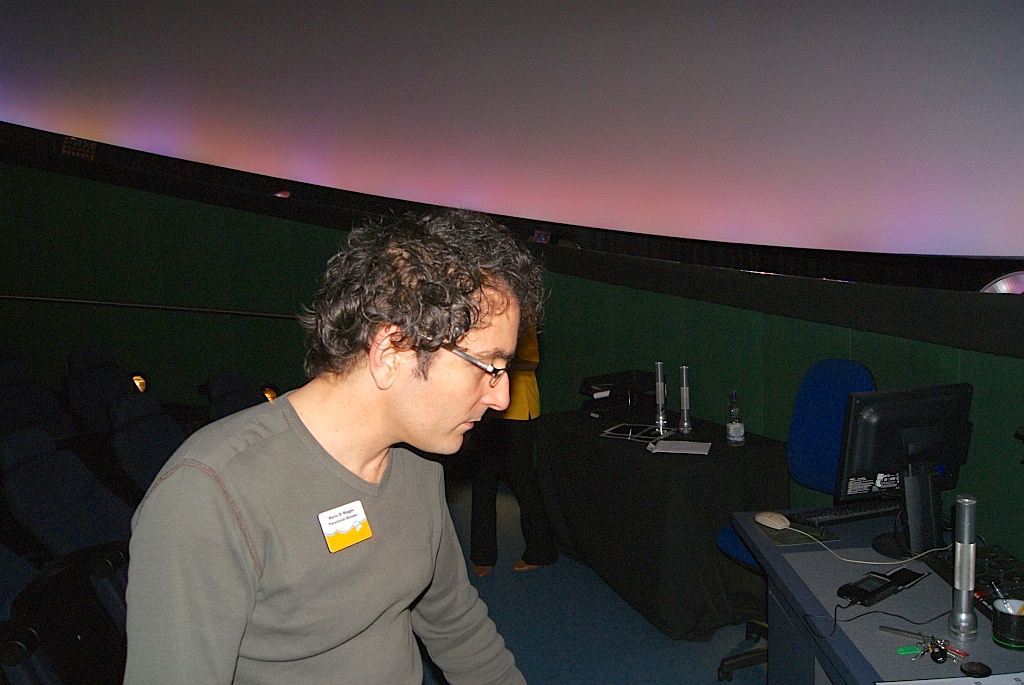 Mario inside Thinktank Planetarium, the UK's first purpose-built digital dome, which he launched in December 2005 and managed for eight years.

Facebook fans were thanked for their support by having their names added to milestone tributes on the dome (which encouraged more planetarium visitors to become fans). 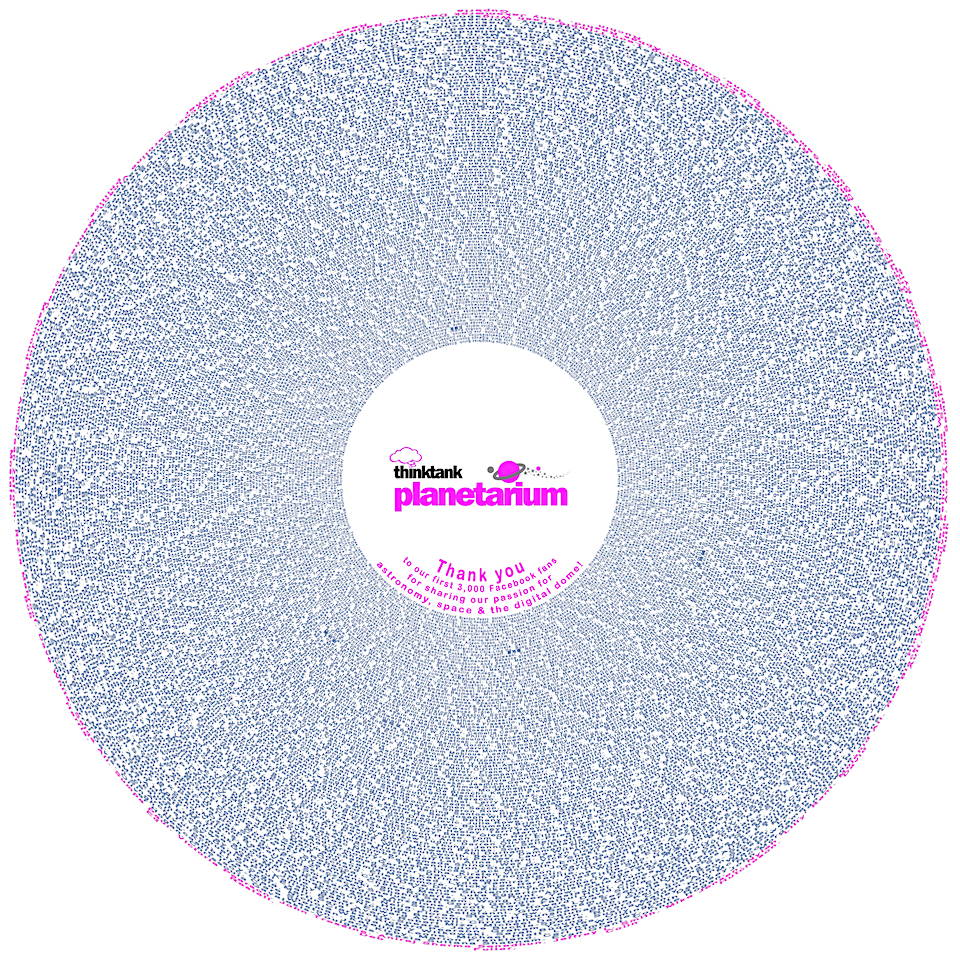 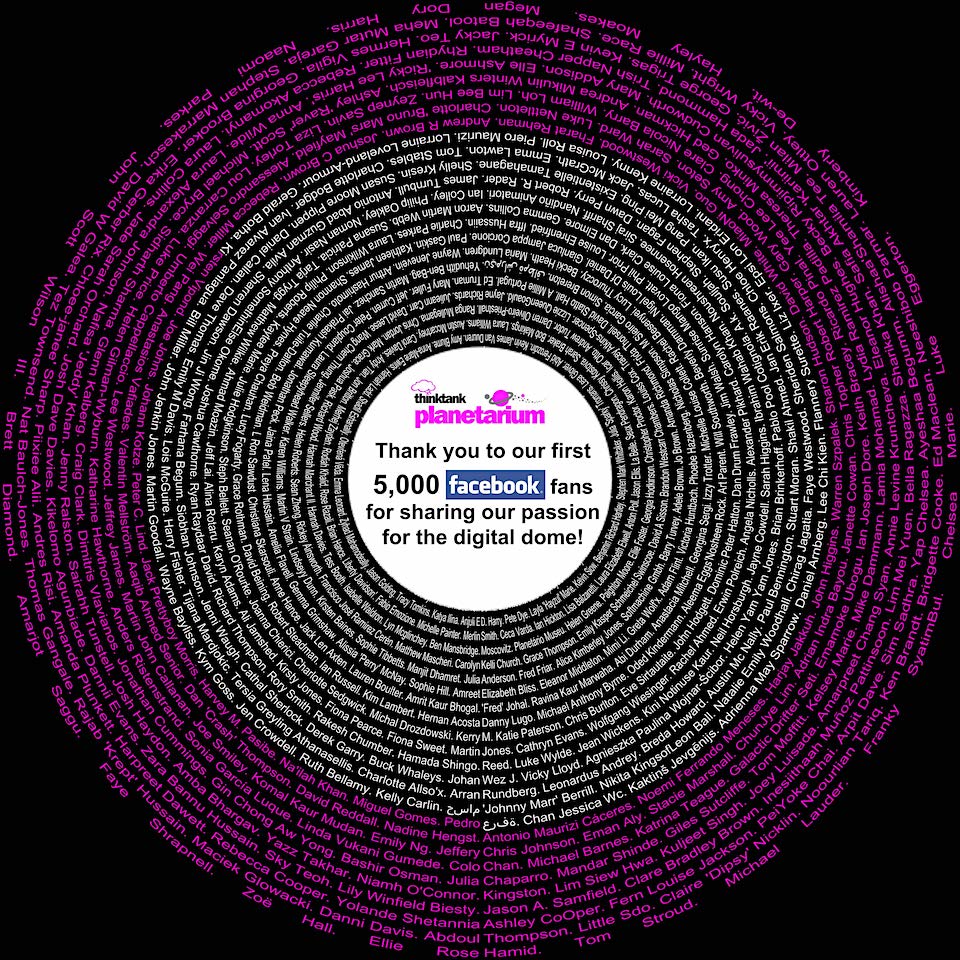 There were also regular incentives to promote engagement and attract more fans. In just four years, we grew our fan base organically from zero to over 6,000 fans. 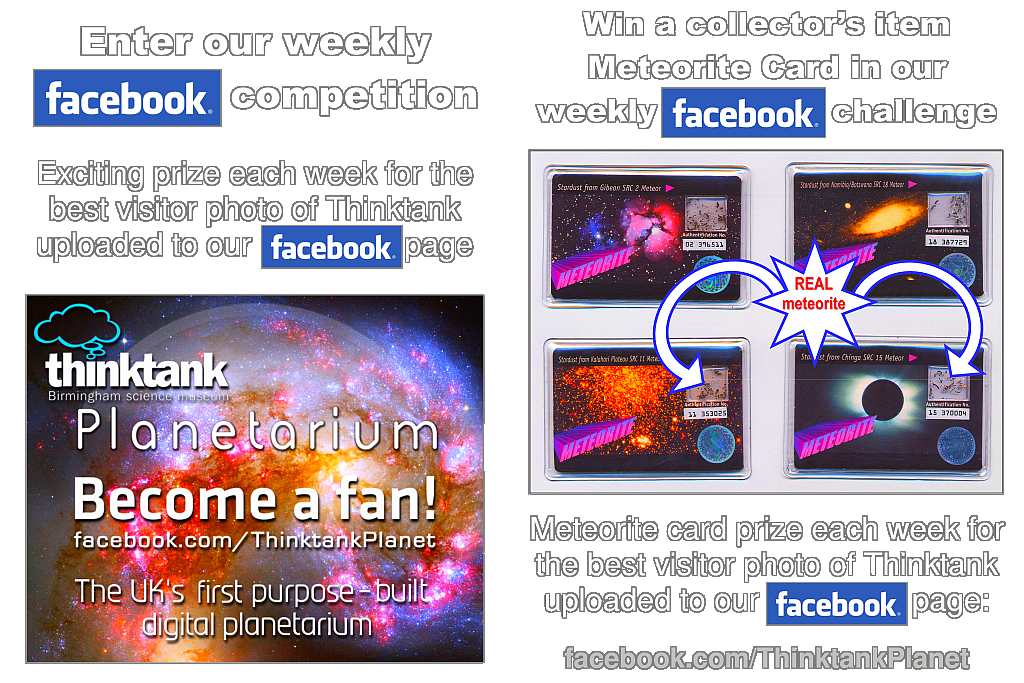