Video record of KwaZuzulwazi and the CommQuest visiting exhibition by Techniquest (10.5min, 1999) 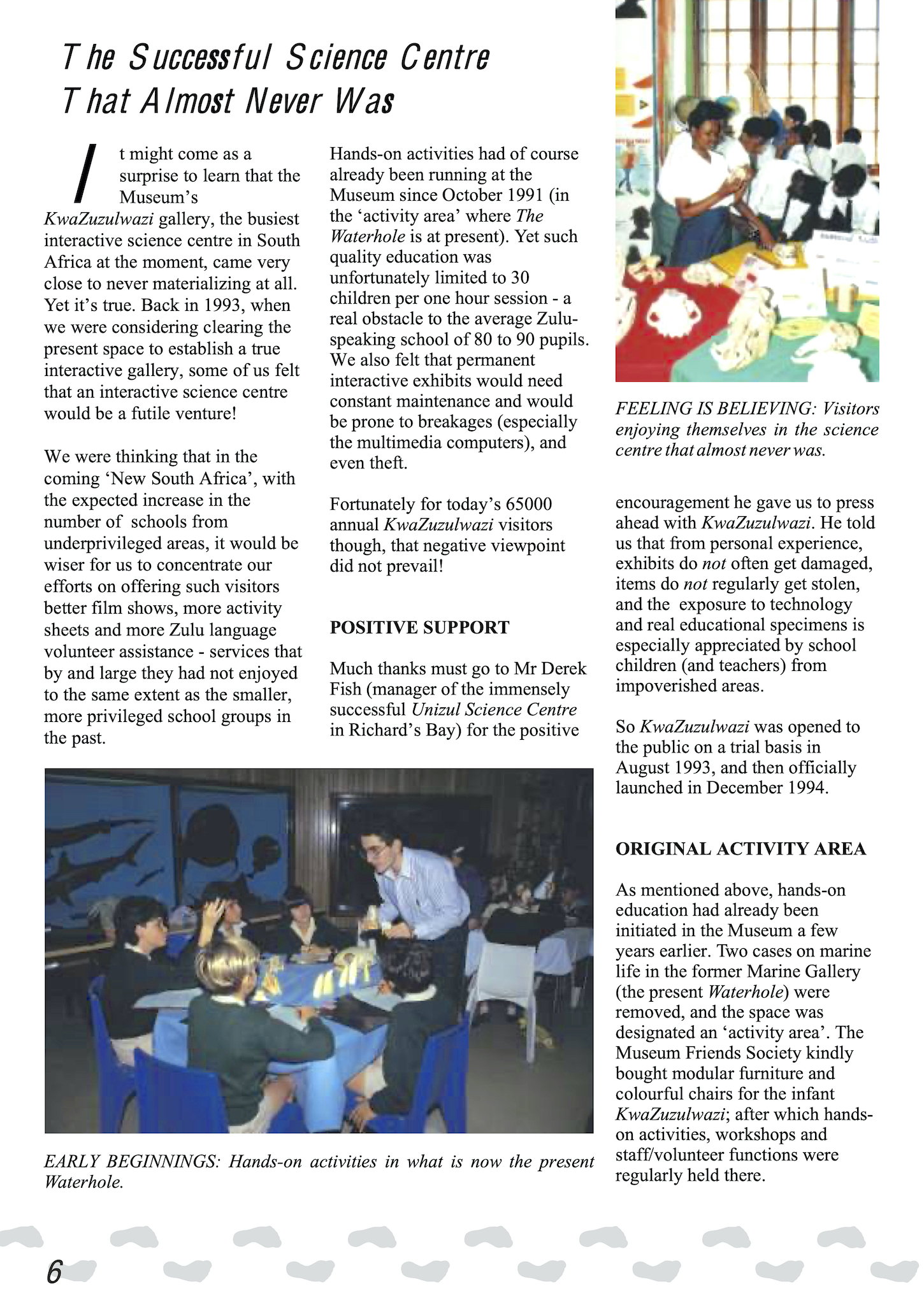 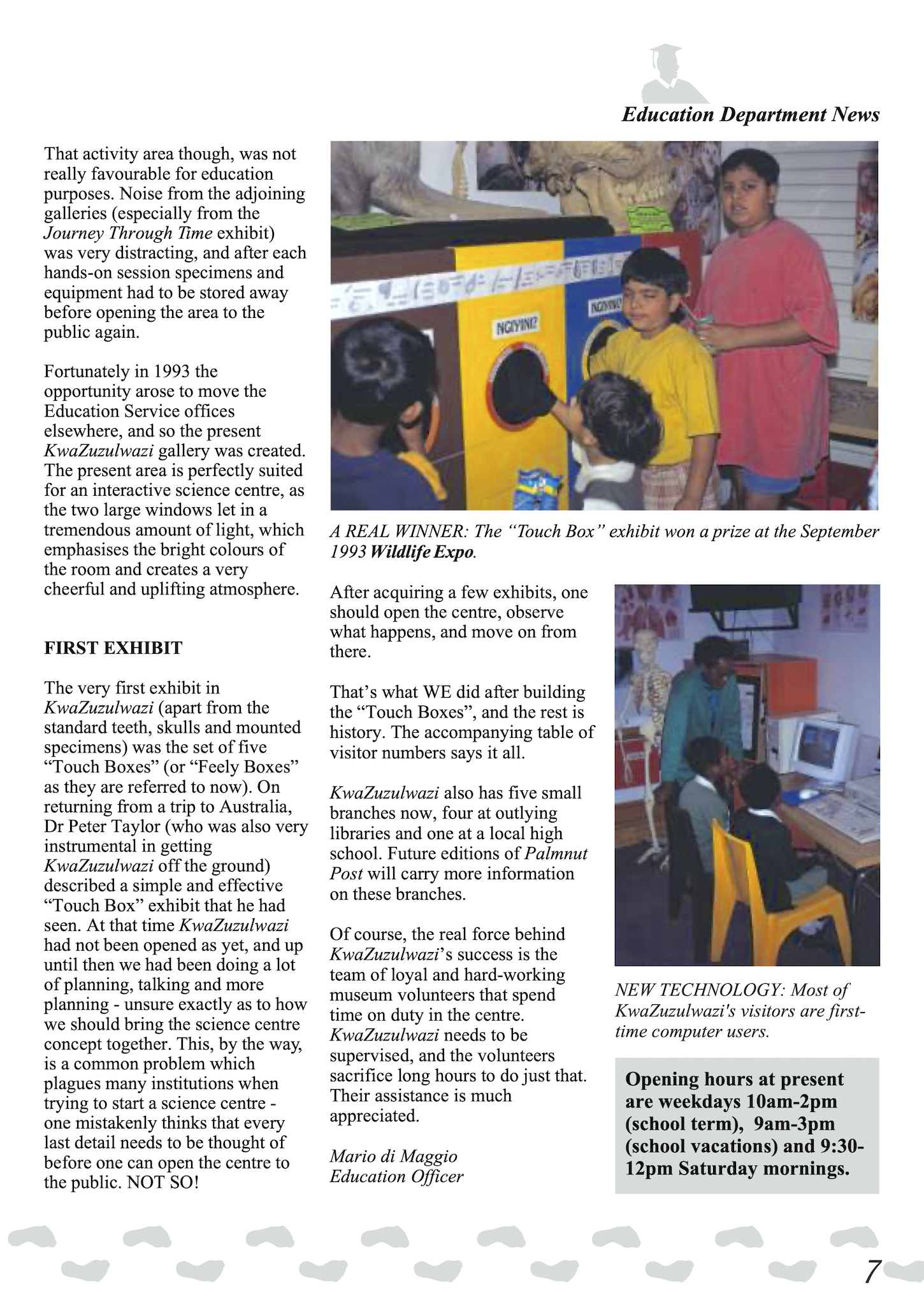 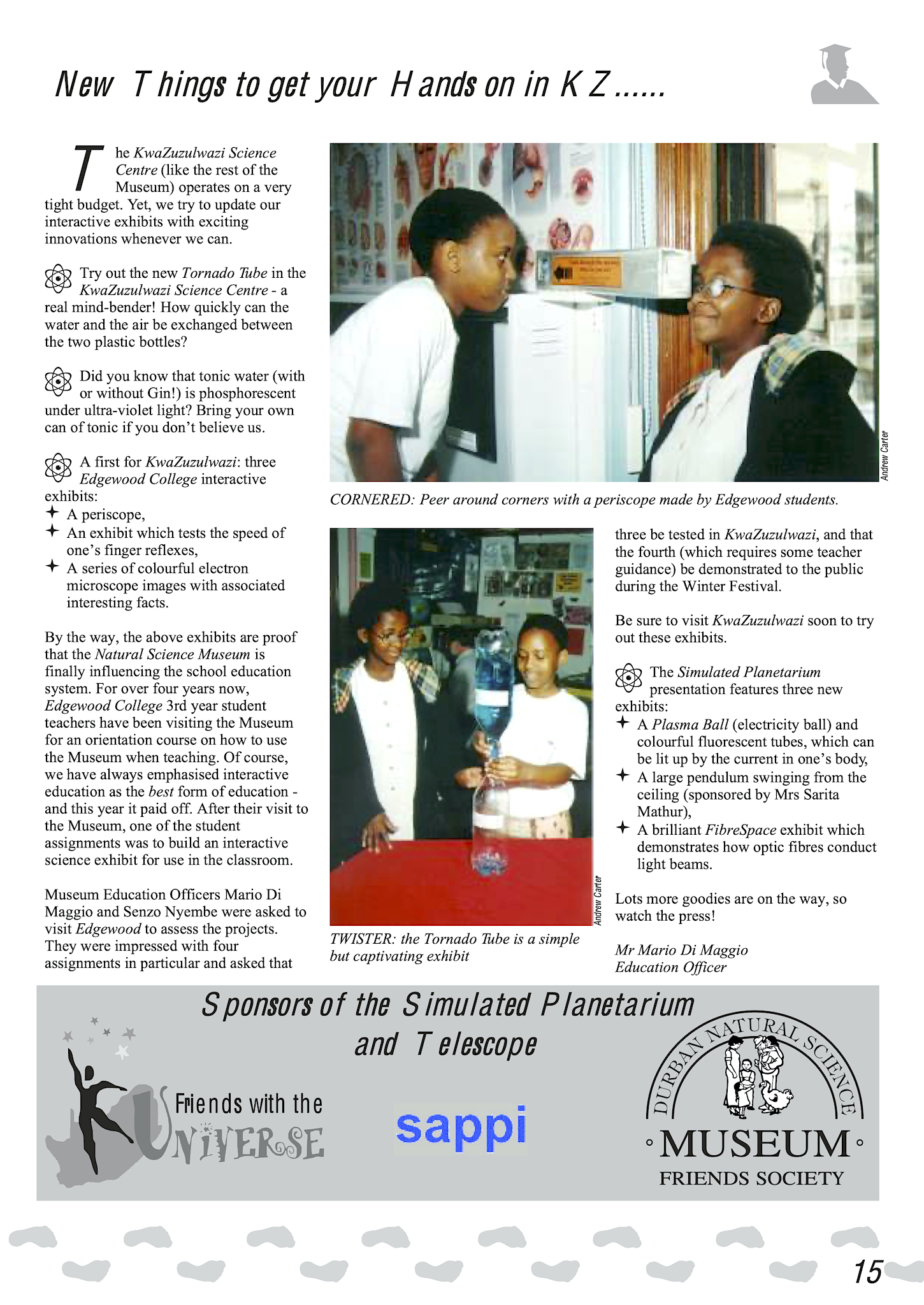 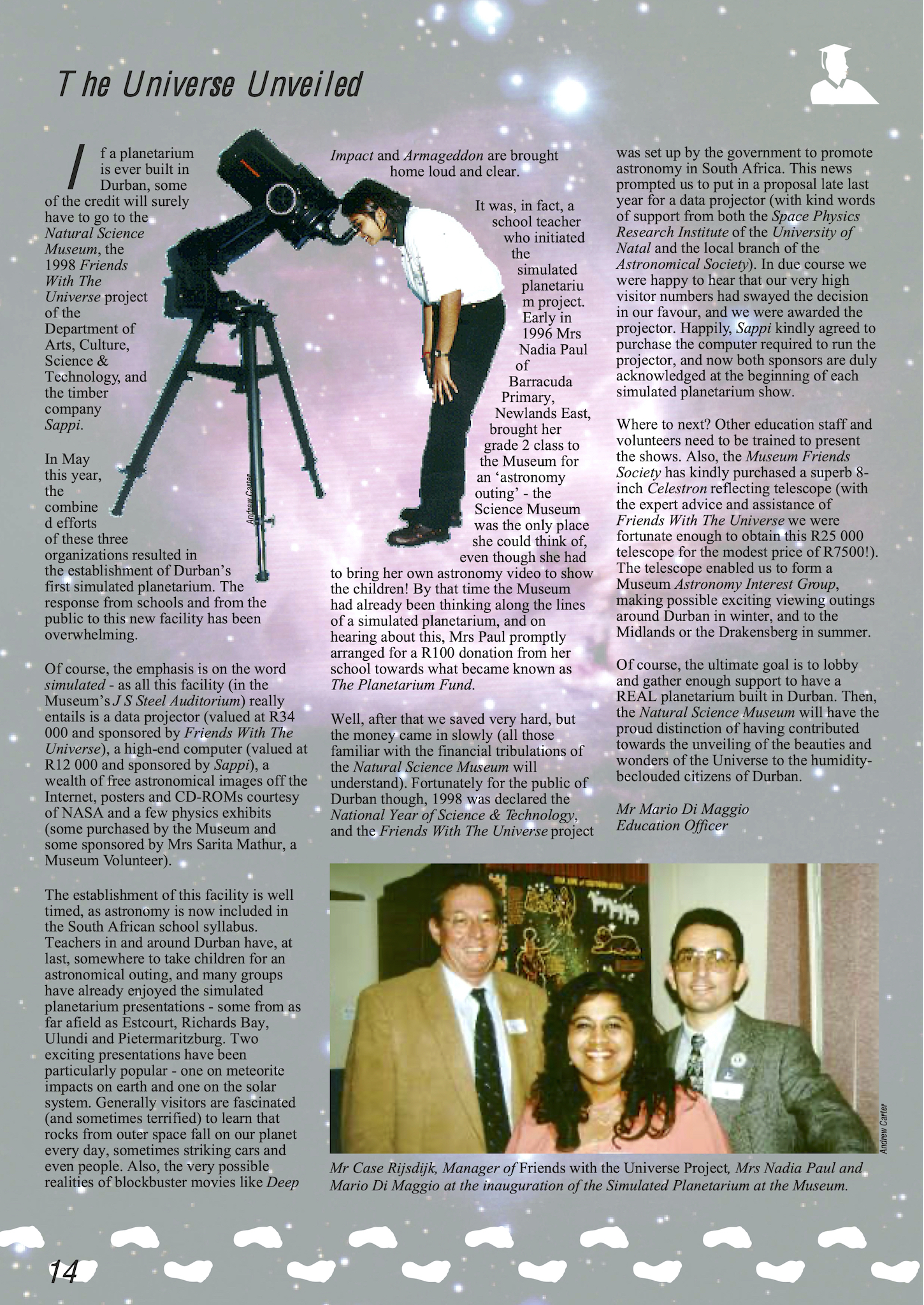 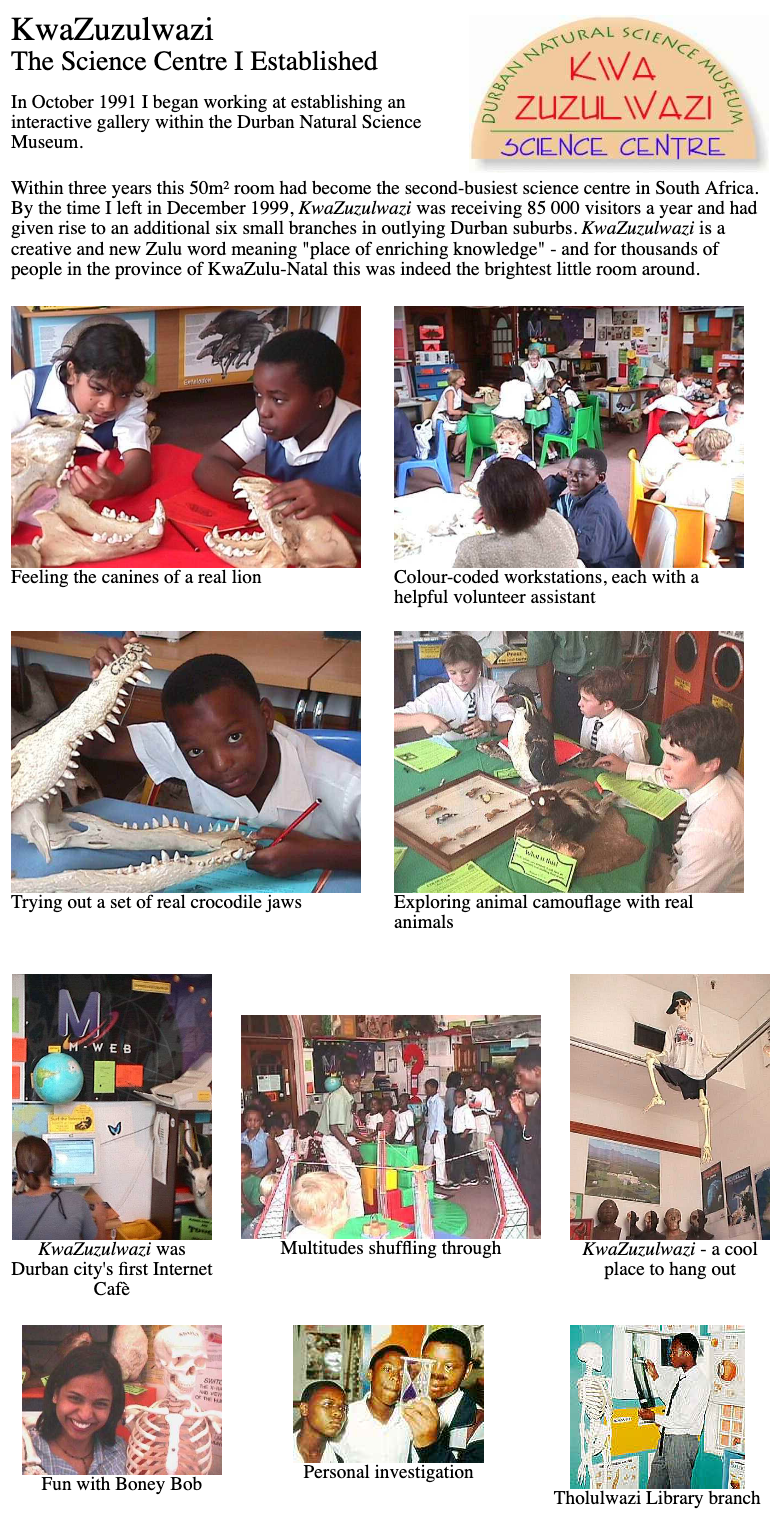 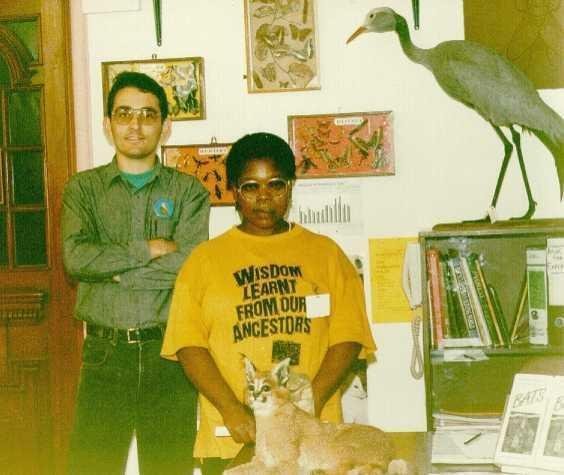 Mario with Peggy Ngubane, one of the hard-working science centre volunteers 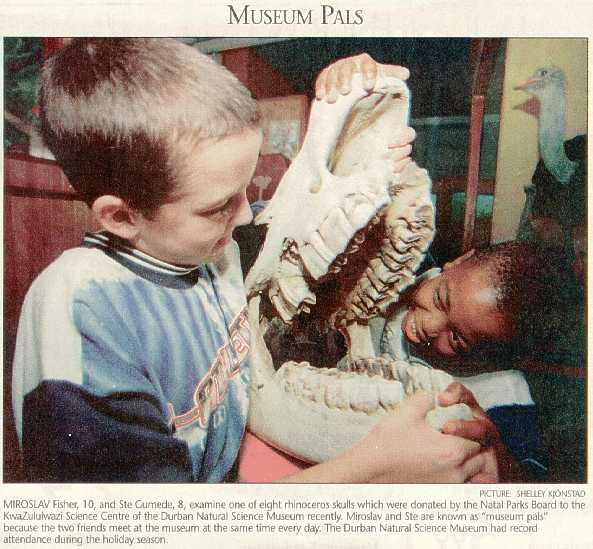 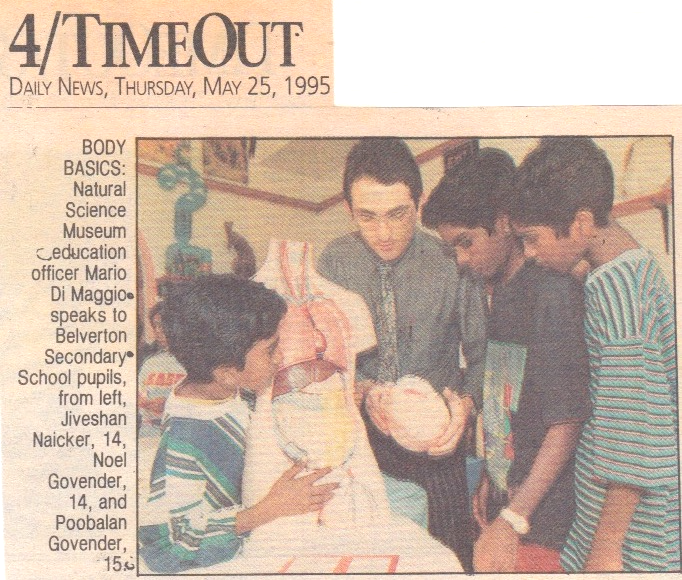 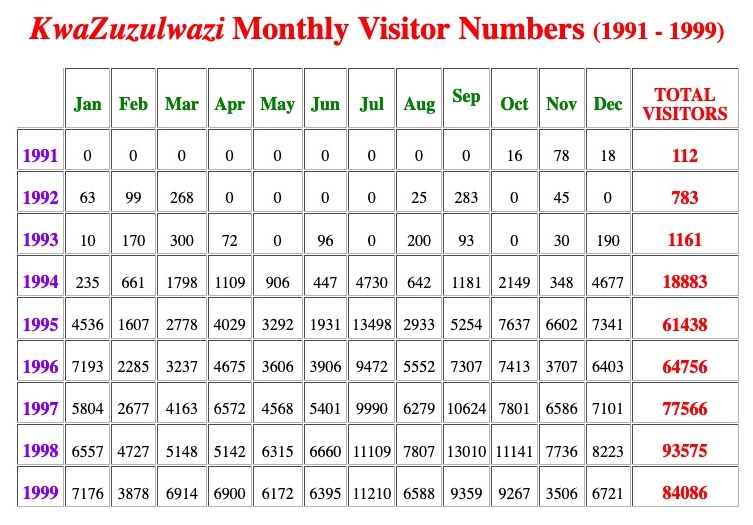 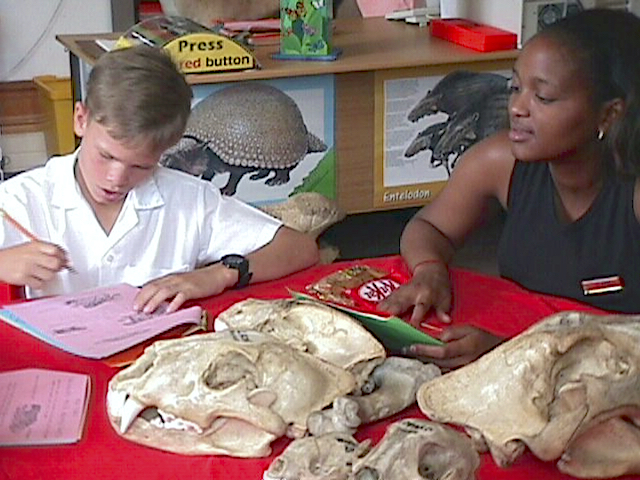 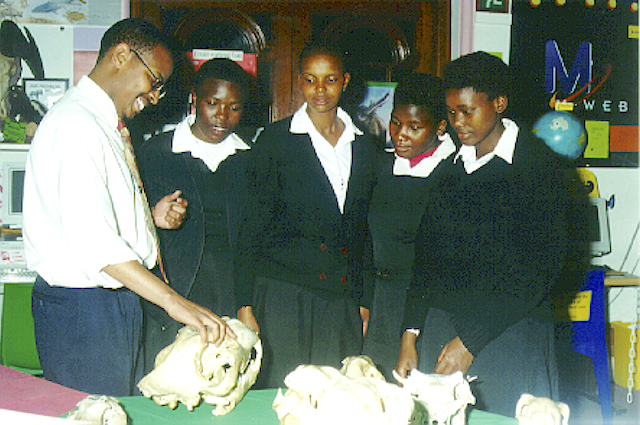 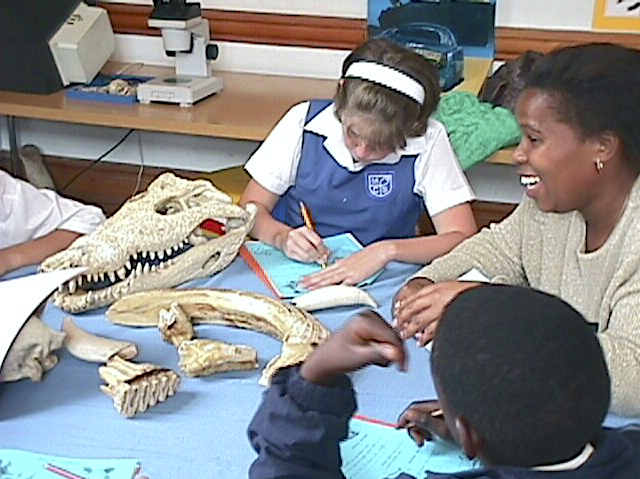 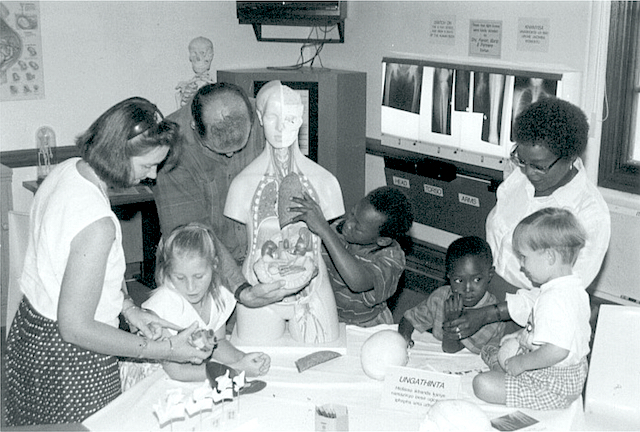 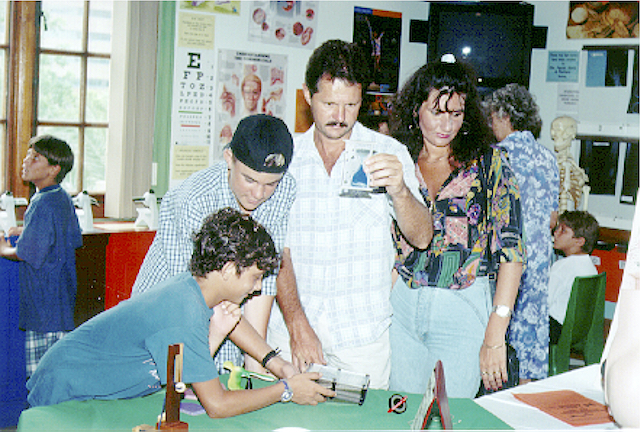 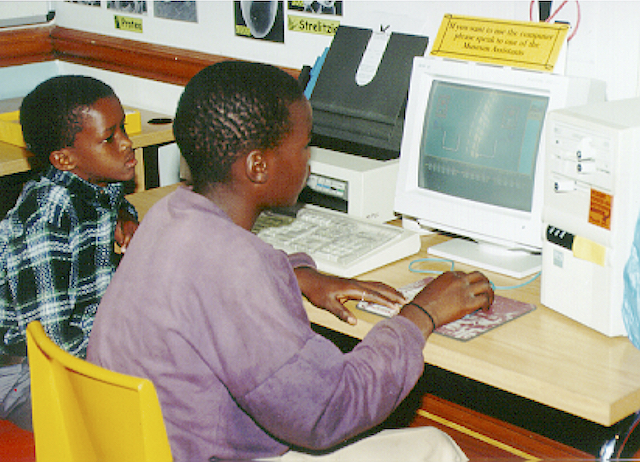 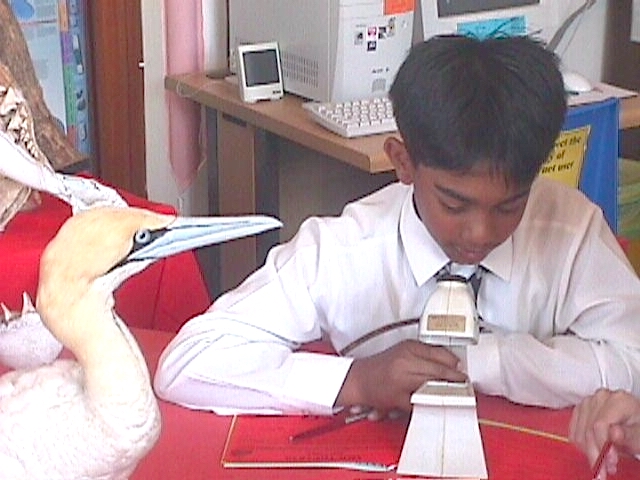 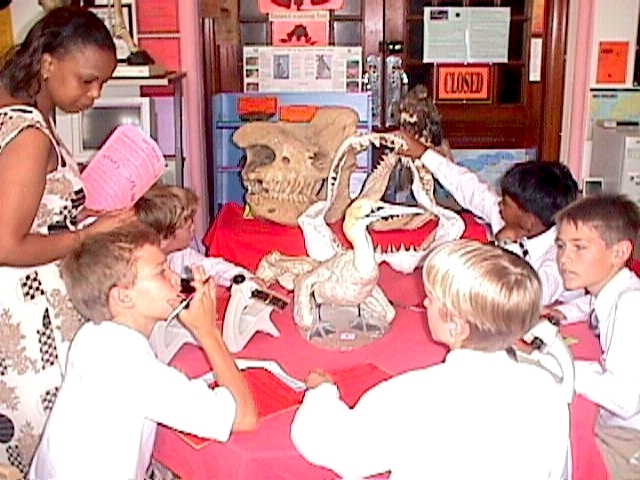 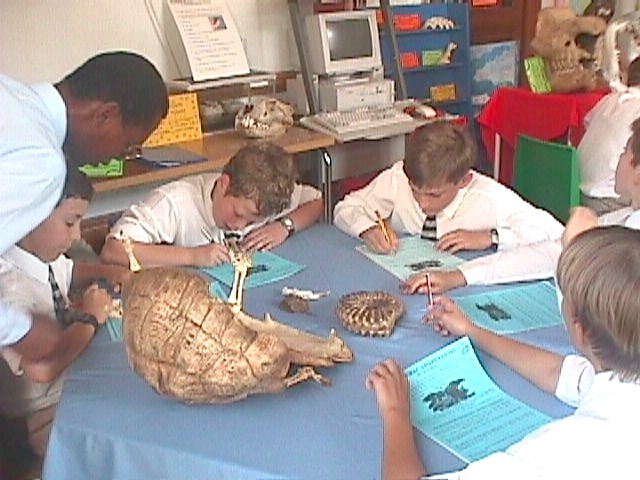 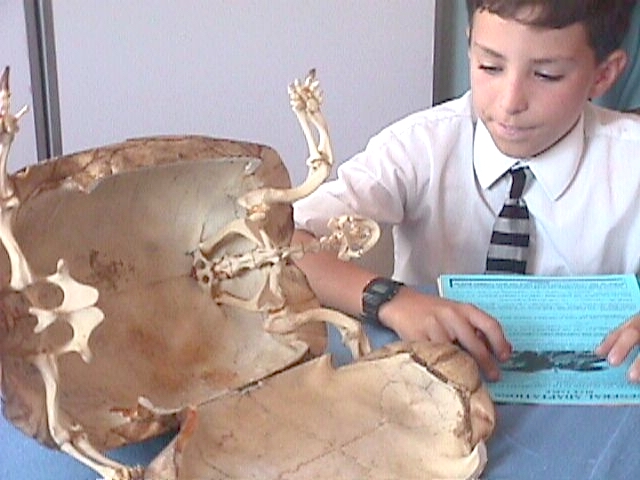 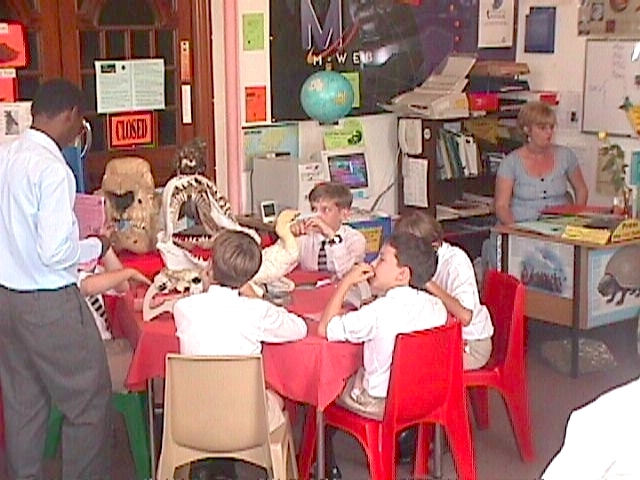 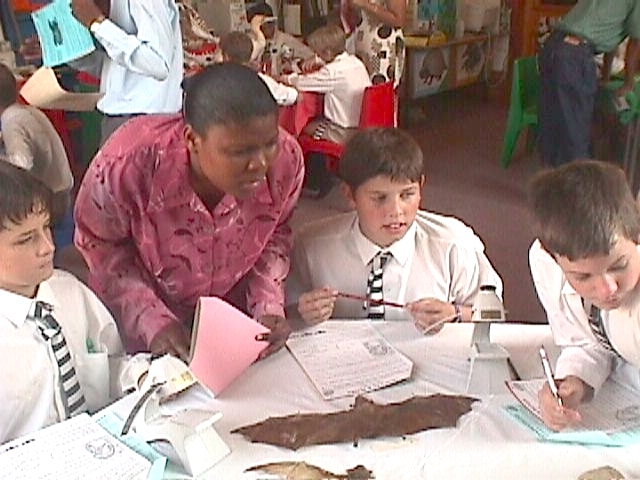 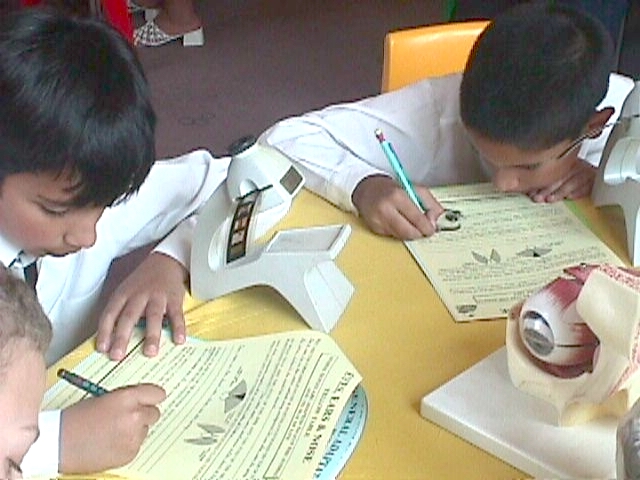 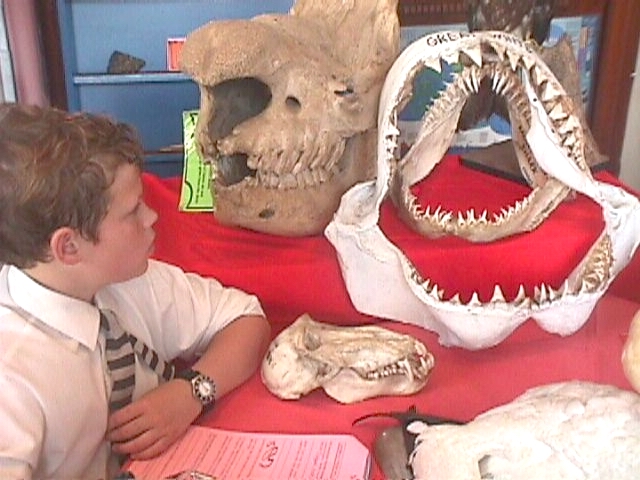 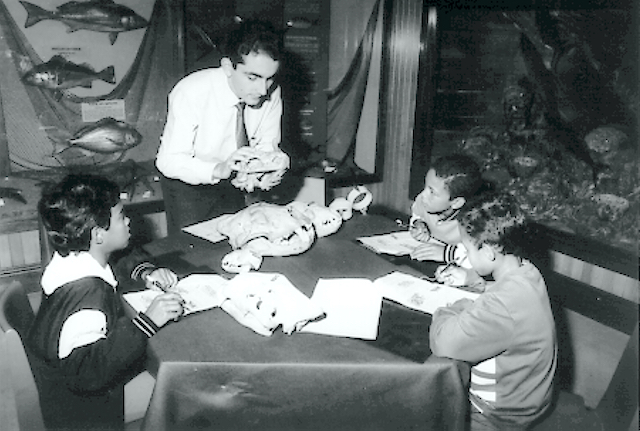 Before KwaZuzulwazi opened, hands-on activities were held in the museum galleries 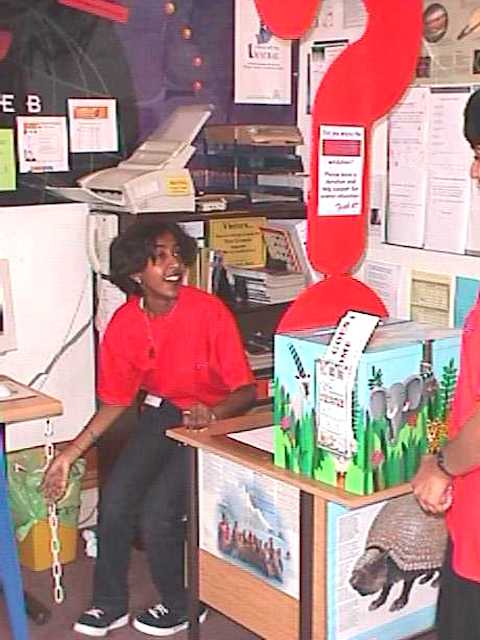 I left the museum (and South Africa) on 30 December 1999. After my departure, KwaZuzulwazi visitor numbers continued to increase 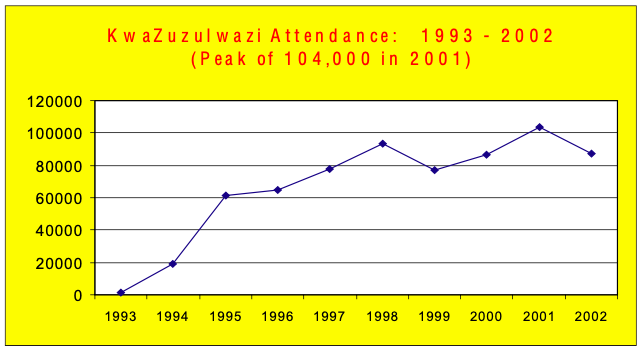 Chart from an article in the November 2003 Palmnut Post magazine

In December 2006 I had the opportunity to once again thank Mr Case Rijsdijk, who responded to my funding appeal in 1998 - even though my part of the country was not due the type of support I had requested 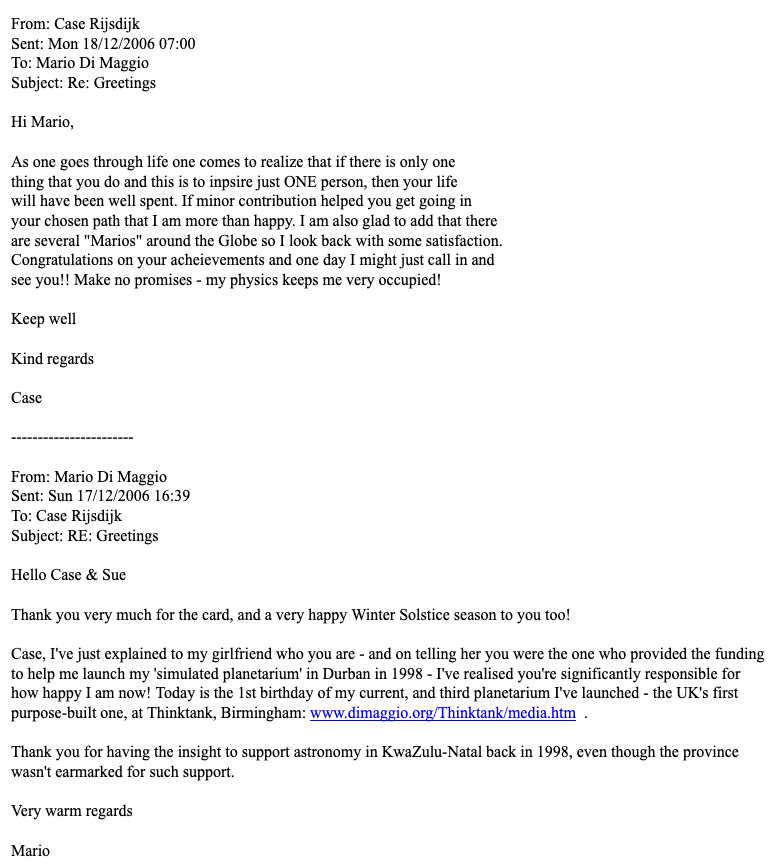 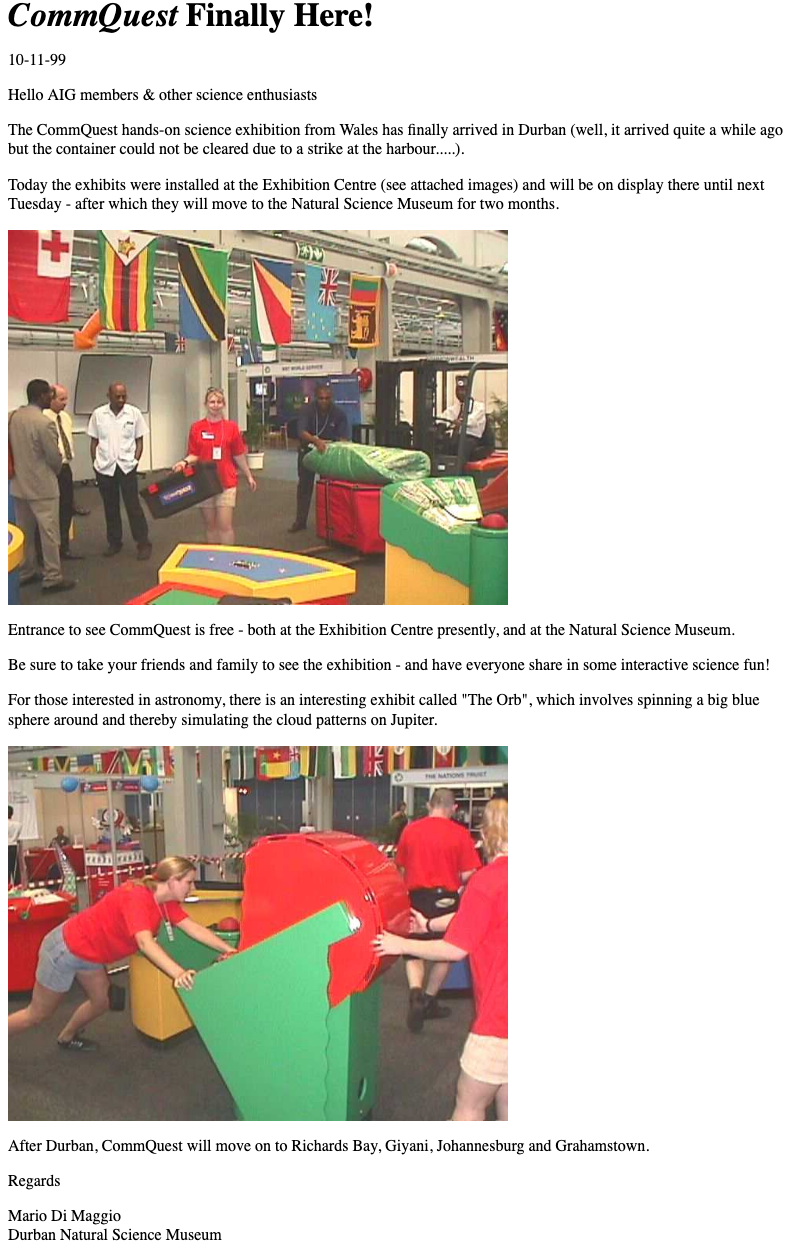 In 2003 an attempt was made to rekindle the simulated planetarium